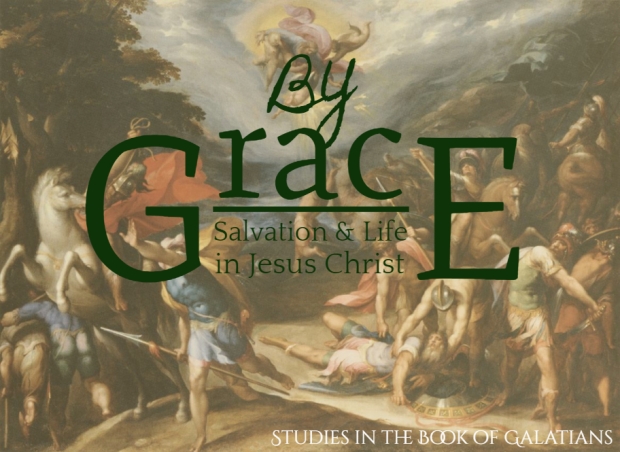 Introduction
While it should be clear that those who are building their identity on the law are not inheritors of the blessings of Abraham, being under a curse, Paul will start to turn to explain the law to the Galatians, beginning with its relationship to the promise. Paul was not intent to tell believers what to believe, and leave them in the dark as to why. Before turning fully to the law, however, Paul fills in some background information for us, telling us something about the nature of the promise.

1. The promise cannot be changed (vv. 15-16a, 17)
Paul begins through a very simple, human example: when two parties make an agreement, that agreement is not alterable by either party. How much more, then, will God be true to his word? God’s promise was given to Abraham with no strings attached. No commandment was connected to it, no law amended prior to ratification.  God fully ratified it, sealing it for Abraham and his offspring.

2. The promise was meant for Christ (v. 16b)
Paul then makes a difficult statement, which has puzzled people for many generations. He claims, somewhat against the norms of language and common sense, that because a singular is used (‘seed’ or ‘offspring’ not ‘seeds’ or ‘offsprings’) only a singular was meant. These types of singulars are often known as collective singulars, where the whole population of something is collected in a singular noun.  But, rest assured, Paul knows what he is doing. Paul is an expert, not just at reading words, but at reading how they are used in context. We see that God often extends the promise to Abraham through a singular, and that the fulfillment of the promises was brought about by a singular man (Isaiah’s “servant”). Jesus is even identified as the whole of Israel. Jesus is indeed the inheritor of the promise.

3. The promise is given, not earned (v. 18)
The fact that the promise is granted as a promise means that it cannot come by the law.  Again, Paul is here falling back on the diverse nature of the law and of faith: law means work and earning; faith means grace and gift. Just as Abraham did nothing to earn the promise, we do nothing to gain the inheritance promised to him. In this, we are just like Abraham, given a great gift which requires nothing from us in return, and gives us more than we could ask.

Conclusion:
We are saved by a mighty God, but a mighty God who is true to his word. God does not turn away from his promises, but makes them in the full knowledge of their own fulfillment. Therefore, we are assured that the law, whatever its purpose, cannot undo the promise that God made to Abraham; and that we who believe, like Abraham, have been chosen for this promise by nothing more than the will of God to do so. God has given us a gift we couldn’t earn, and one that we were to blind to even ask for. His promises to us are great and wonderful, and deserve to be both spoken and sung!