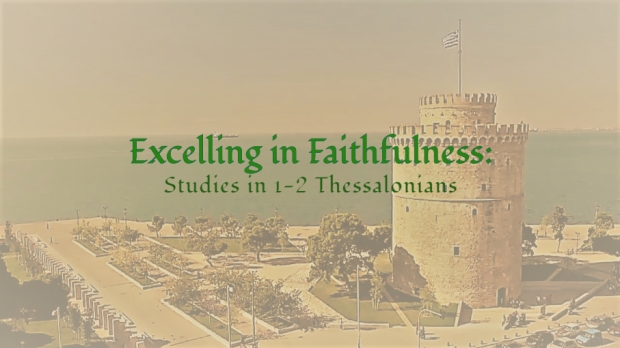 Introduction:
Contrasts are effective teachers – showing us how certain actions are foolish and unwise, and how other actions are effective and godly. Paul wants to show, likely against many claims about him, that he was honest, God-glorifying, and filled with love as he took the gospel to the Thessalonians. While the Thessalonians had many teachers and philosophers to choose from, as many would make their way through the bustling city, we have even more. Access to various Christian teachers and different philosophies abound over the internet – how can we be sure of the right people to listen to? While not a complete guide, 1 Thessalonians 2:1-8 gives us some foundations to judge those who preach the word on. Let us listen to men like Paul, as he:

1. Came not in vain, but with boldness
Paul’s coming to the Thessalonians wasn’t without purpose or content. He had a purpose in coming. Paul was always taking the gospel with him wherever he went, and was not going to waste any opportunity. So, not coming in vain, he came with great boldness in the gospel. They weren’t soured by their experience in Philippi, nor did they water-down the gospel to try to avoid further public outcry. Rather, they went to where the gospel was needed and boldly proclaimed it.

2. Came not with false motives, but with God’s approval
God had sanctioned him to preach, therefore he didn’t come to the Thessalonians with wrong motives. It was God who had sent him out, and his motives were pure. It is likely that his character was under attack from many who opposed the gospel. For Paul, the integrity of the gospel was paramount, so he didn’t preach out of falsehood; the purity of his sexual life was clear, so it wasn’t lust that drove him; the purity of his message was also clear, so Paul has no need to hold anything back from the Thessalonians.

3. Came not to please men, but to please God
He was not going to speak flattering words to gain the approval or the numbers of men. Rather, he would preach precisely what God asked him to say, whether men and women would believe or not, so that God would be happy with him. Paul was not a man-pleaser. He was not motivated by money, but worked so that his greed would never be in question – for he was not working for men’s approval, but God’s. Likewise, all preachers should be concerned with God’s glory, not theirs.

4. Came not in a self-seeking way, but gentle
This thought is continued from the previous point – Paul is not out for money or fame. This is demonstrated in the way that he handled himself among the Thessalonians. he did not come with a list of demands, as though his reputation and status among the churches allowed him. Rather, he came with gentleness, like a mother who selflessly gives for the benefit of her children.

5. Came not in an aloof manner, but invested
Paul did not stride above all men, but rather invested himself in to the very lives of the men and women that he was to minister among. We can neither only show the nature of our lives, as though our pattern of life is the gospel itself. But we also cannot simply “preach the gospel” without allowing the gospel to shine in our lives. Paul both preached and lived the gospel among the Thessalonians. So should our preachers. So should we.