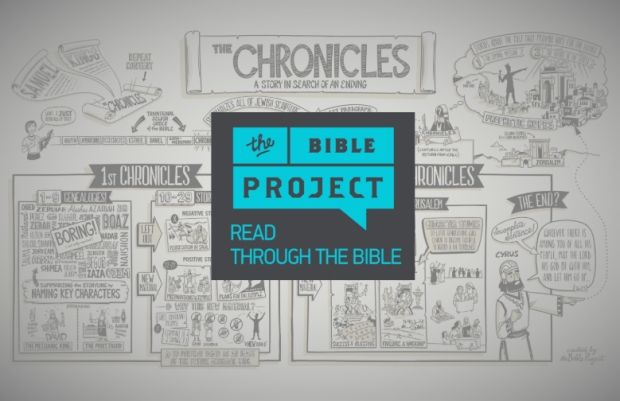 One wonders, when reading through the OT, if the men and women who noticed the great acts and moments in redemptive history knew the importance of those moments. Do they understand what has happened, or is about to happen to them? While it is doubtful they knew the extent of any event’s full importance, did they have even an inkling of the greatness that surrounded them? Given the record of the OT, it is hard to doubt that they knew something of the importance to which they were witnesses. In the songs of Exodus 15 and Judges 5, in Joshua’s meeting of the commander of the Lord’s army in Joshua 5, in the stripping of the kingdom from Saul and the anointing of David in 1 Samuel 15-16, and in David’s response to the great promise of God in 2 Samuel 7, the human actors all seem to have some sense of the gravity of the situation they are in.

I have little doubt that Solomon felt the weight of that gravity in 2 Chronicles 6 as well. The focus of most of 1 Chronicles was on David’s continuing kingdom and the provision of priests. These two themes, woven throughout the account, finally intertwine in the beautiful ceremony and prayer of Solomon in 2 Chronicles 6. Solomon knew the importance that his father had attached to this Temple. He relates in the beginning of his prayer the desire of David to build the Temple (6:7) and the promise that David would have a son to finish the work (6:10). Solomon likewise knew of the importance of the extension of that promise – that David would always have a descendant on the throne (6:16-17). The beginning of the prayer, the center of the prayer, focuses not on Solomon’s greatness or the greatness of the Temple (for it was indeed great by any standard), but rather of the God who would indwell the Temple. Solomon no doubt felt the gravity of this situation, carrying as it did both the legacy of his great father and the glory of the God who made him so.

By any accounts, things were going well for Solomon, and he could humanly justify a prayer and a speech that would amount to nothing more than a victory lap around the magnificent structure he just finished. After all, the gravity of the situation magnifies the glory of the work. Yet, what we find is not a man puffed up, nor a nation made great, but a sober reminder of what we truly need God near us for: to deal with our sin.

Solomon notes well the problem with God dwelling with man – not only is nothing man makes suitable for God (6:18) but God will have to deal with the pervasive sin that coming near to men always brings. Therefore, Solomon focuses intently on God hearing the prayers and forgiving the sin of both individuals and the nation. Sin and forgiveness is the repeating content of Solomon’s prayer (vv. 21, 22, 23, 24, 25, 26, 27, 30, 36, 37, 39). God has chosen to dwell with his people, who are sinful. And, as a holy God who cannot stand the sight of sin, something must give – either the sin or the people.

Thus, Solomon finishes his prayer with a supplication for God’s faithfulness.

O LORD God, do not turn away the face of your anointed one!
Remember your steadfast love for David your servant!

God will answer Solomon’s prayer in a way Solomon could never have foreseen. The Temple is a place where God will dwell with his people, and where God will deal with the sins of his people. Solomon has raised a great house for God to dwell in, even as Solomon is part of the house that God promised to David. All of these streams combine in Christ. Christ is the temple of the Lord, where the Lord dwells with his people (John 1:14). Christ is the final Son of David, the great promised King (Romans 1:1-4). Christ has dealt decisively with our sin in his body (1 Peter 2:24). What’s even greater, through the church, we enter into the body of Christ, to be a temple built without hands, a spiritual house for God (1 Peter 2:4-5).

Once again, we see how Christ is not only fulfills of all of God’s promises, but he is the goal and rightful end of all that the story of the OT points towards. How great is the Temple that Solomon has built; how much greater yet is Christ our Lord!

Now to him who is able to do far more abundantly than all that we ask or think, according to the power at work within us, to him be glory in the church and in Christ Jesus throughout all generations, forever and ever. Amen!