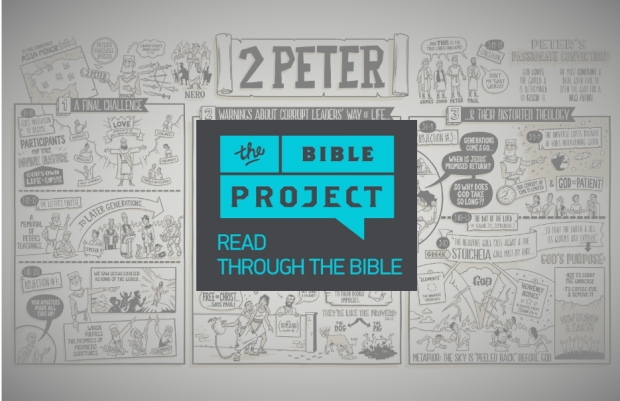 “A veteran shepherd is speaking here!” These are the first words in F.B. Meyer’s commentary on this passage. To put a little bit more of a Southern Baptist spin on it, he’s saying, “Listen up, y’all. This guy knows what he is talking ‘bout.” Peter says,

I exhort the elders among you, as a fellow elder and a witness of the sufferings of Christ, as well as a partaker in the glory that is going to be revealed.

Peter is not appealing to his apostolic authority, though certainly he could do that if he wanted. We have seen Paul do that on several occasions to give greater weight to what he is about to say. Here, Peter is addressing those who he calls “fellow elders”, fellow leaders in the church. He is going to exhort them to faithful service in the Lord, and he is doing this from a platform like theirs. He’s been through the trials, he has witnessed the suffering of Christ firsthand, and he is a fellow partaker in the glorification that is to come on the last day.

This first verse is critical, as it sets up the rest of Peter’s argument. We see not only him appealing to them from a place of shared authority, but we see here the simplicity of the structure of the early church. He is writing to the dispersed churches, and he is assuming that there are “elders among you.” There are pastors that are responsible for local congregations. Yes, they are all a part of the capital “C” Church, but there are local bodies of believers led by pastors, or as they are called here elders. And we learn from here and other places that they are a plurality of elders, not just a singular elder who is leading all by himself.

Over the next three verses, Peter exhorts the elders of the congregation, encouraging them toward faithfulness in their position.

Shepherd the flock of God that is among you, exercising oversight, not under compulsion, but willingly, as God would have you; not for shameful gain, but eagerly; not domineering over those in your charge, but being examples to the flock. And when the chief Shepherd appears, you will receive the unfading crown of glory.

Under the metaphor of “shepherd,” let us think through a shepherd’s mission.

Peter tells the elders of the church to “shepherd the flock of God that is among you, exercising oversight.” (1 Pet 5:2) Thinking through what exactly these things entail, Timothy Witmer is extremely helpful. In his book The Shepherd Leader, he outlines the job responsibilities of an under-shepherd. He uses 1 Peter 5 and other texts to break down four key components to a pastor seeking to faithfully fulfill his role. He says that shepherds are to know the sheep, feed the sheep, lead the sheep, and protect the sheep.

First, they are to know the sheep. They are to shepherd the flock of God that is “among you.” The shepherd is to be among us, to be with us, to know the people of the church. On a big scale this means that he is supposed to know who is and who is not a member of the church, that the shepherd may known whom is he responsible for and whom he is supposed to be shepherding. This is one of the reasons we stress membership at Crossway. The Bible has specific commands for pastors in regards to the church, but these only apply to their local body of assembled believers.

Secondly, the pastor is to feed the sheep. Some translations actually say, “feed the flock of God which is among you.” The idea here (as well as in the pastoral descriptions in Titus and 1 Timothy) is that the pastor is required to spiritually nourish the church. On a big scale, the shepherd is supposed to be preaching and teaching the Bible, the Word of God. Therefore, we place a big emphasis on the Word at Crossway. Self-help topical talks might be cute and have some minimal value, but over the long haul we need a pastor who will open the Bible, read what God has written, and explain it to us. That is what we need as his people; that is how we grow in Christ. He has given us his Word, and we need to be feeding our souls on it.

On a smaller scale, the shepherd should be feeding the flock through discipleship, mentoring, and equipping. All of this should be a word-centered ministry. We need this book of revelation; we need to understand what God has done for us and understand what we are called to do in response.

Third, the shepherd is called to lead the sheep. The elders are to be the spiritual leaders of the congregation. Just as a shepherd would lead a flock to water or food or safety, the under-shepherd of God’s people is supposed to take the leadership role in guiding and directing the church. On a big scale, this includes setting the direction for our various ministries, selecting educational materials for our classes, and making difficult decisions based on the relevant information and the Lord’s leading.

On a smaller scale, the pastor should be leading the sheep by example. In detailing out the pastoral qualifications, Paul goes to great lengths to stress the importance of character in the pastor’s life. Though imperfect, he is to be pursuing personal holiness, living a pure and godly life. This then sets the tone for the rest of the church. The bar should be high, and the shepherd should be the one leading the way.

Finally, we see here that the shepherd is supposed to protect the sheep. Peter says he should be “exercising oversight.” Now this means a couple of different things. First, he should be publicly warning and protecting the church against false teachers. This should include calling out false doctrines that are going around, as well as calling out false teachers by name, if necessary. Peter goes into further detail on this in his second letter. In chapter two, he says,

But false prophets also arose among the people, just as there will be false teachers among you, who will secretly bring in destructive heresies, even denying the Master who bought them, bringing upon themselves swift destruction. And many will follow their sensuality, and because of them the way of truth will be blasphemed. And in their greed they will exploit you with false words. Their condemnation from long ago is not idle, and their destruction is not asleep.

False teachers need to be called out and confronted so the church is not deceived and dragged into the gutter. This is part of what it means to exercise oversight.

On a more personal scale, this protection should include church discipline. Following the guidelines set out in Matthew 18, the elders are to hold the members accountable so sin does not creep into the congregation. I can remember as a child seeing adultery publicly confronted in our church. It was painful, and it was difficult, but it was necessary. While this is done pastorally and with an eye toward reconciliation, the holiness of God’s church is critical to our witness to the world. Pastors are to exercise oversight, even when this gets uncomfortable.

The pastor of any church has a great responsibility. After all, these are not his sheep, but he keeps watch over them for one who has died for them (and him!). Therefore, the under-shepherd seeks to honor Jesus as he pastors his flock. May the pastors of Crossway, all of them, do so well!

(NOTE: This week’s post was taken from a section of a sermon preached on 2 Peter 5:1-5. This sermon can be listened to in its entirety here).