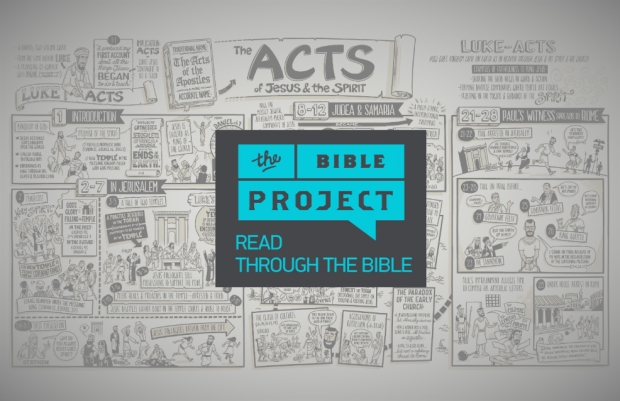 Paul was devoted, there was no denying that. He showed this devotion even before he met the risen Christ. He was devoted to Stephen’s death in Acts 7; he was devoted to stopping this Jesus movement in Jerusalem as he stormed through people’s houses, dragging off anyone he chose to prison (Acts 8). He would demonstrate the lengths of his devotion by travelling all the way to Damascus to shut down any of those who belonged to this Jesus Paul so despised (Acts 9).

Then, after his dramatic conversion in the midst of the glorified Christ, Paul would once again show off the fierceness of his devotion. Immediately upon getting to Damascus, as a new man, Paul has a plot out to get him and is lowered over the city wall in a basket (Acts 9). Paul was persecuted and jeered at Antioch in Pisidia (Acts 13), and, as we read in chapter 14, zealous Jews raised up a mob to stone him at Lystra.

This was just a foretaste of what would come to Paul (see 2 Corinthians 11:22-29 for the grisly facts). But there is a small detail that should catch our eye, the reality of which shows off what Paul’s true devotion. Let us read carefully Acts 14:19-22:

Some Jews came from Antioch and Iconium, and when they won over the crowds, they stoned Paul and dragged him out of the city, thinking he was dead. After the disciples gathered around him, he got up and went into the town. The next day he left with Barnabas for Derbe. After they had preached the gospel in that town and made many disciples, they returned to Lystra, to Iconium, and to Antioch, strengthening the disciples by encouraging them to continue in the faith and by telling them, “It is necessary to go through many hardships to enter the kingdom of God.”

Post-stoning, the disciples helped him and sent him away. Mercifully, Derbe seemed to provide some relief for Paul: the message was warmly received, disciples were made, and, one would think, wounds healed. Then, Paul decides to do something quite amazing: he goes back to Lystra! He returns to the town not long after the residents of that town decided to stone him. Remember and read well v. 19: while the Jews riled up the crowds, it was crowds who stoned him. To return was no small feat, and one might argue, stupid, reckless, foolish. Yet, Paul does return. Why?

To strengthen the believers through a bit of show and tell: it is necessary to go through hardships to enter the kingdom of God. He is strengthening them, not by downplaying his tragedy, nor by selling them on the idea that it is to be rare for them. Rather, knowing the freshness of his stoning, Paul encourages them through the truth: the life that we must live will be hard, filled with persecution, and this is normal for those who wish to enter the kingdom of God.

But Paul is not just a preacher, not just a missionary, not just a speaker of words. He talks, yes, but he most definitely walks as well. Face possibly still bruised, his warnings of the dangers of the world and the necessity of standing up to them took on a greater authority. The believers were strengthened in the truth, and committed to the Lord.

Friends, let us be this fierce in our devotion. Standing for the truth, even when it hurts. Not sugar-coating the difficulties of the world, and helping others face them when possible. Let us show the same kind of devotion to Christ as Paul does. And in doing so, we will love one another, for this is the command that Christ has left us, and this is how we show our love for Christ.